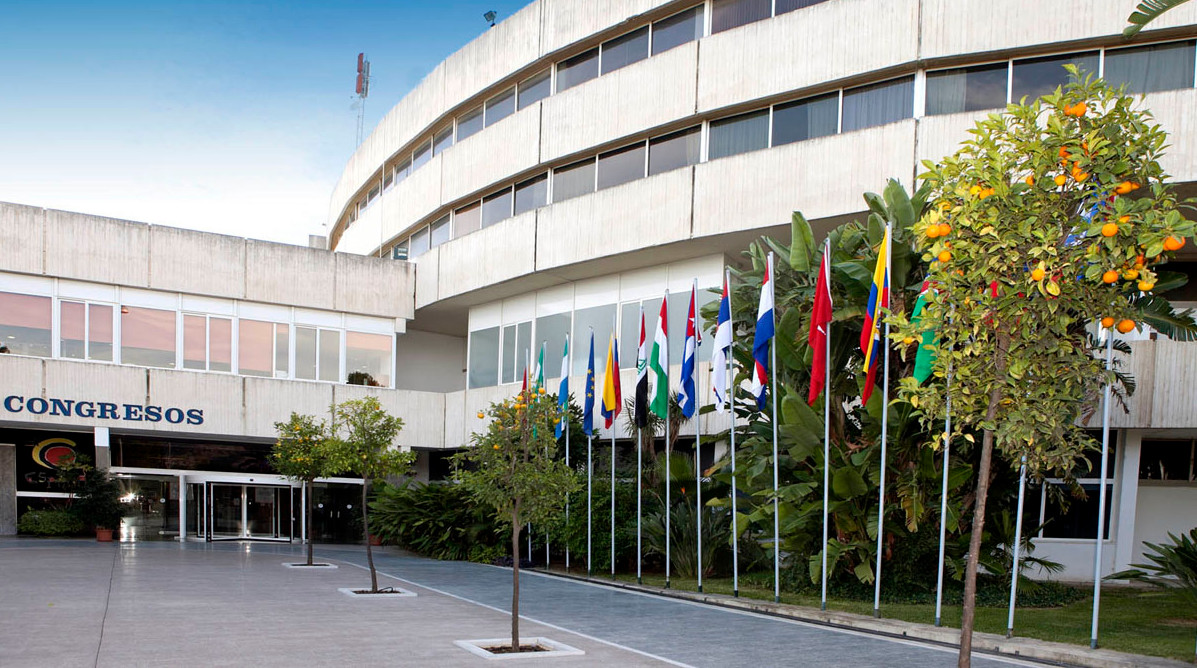 300 sunny days a year: Torremolinos, Spain's biggest resort, has a warm climate and a large network of hotels and services.

Getting to Torremolinos from Malaga Airport

Torremolinos is around 8km away from Malaga international airport. You can go from the airport to the city center by taxi, by train or by bus.

The airport has a well-signposted taxi rank outside the arrivals area of Terminal T3. Make sure that the taxi driver has started the taximeter at the beginning of the journey (minimum fare). We recommend requesting a receipt for any complaint or claim. The cost of a taxi from the airport into Torremolinos City Centre will cost between €15-20 depending on your time of travel. You will find complete information about fares, timetables... here

The new suburban train station in the new Terminal T3 building links the airport with Torremolinos city centre and other cities like Benalmadena and Fuengirola in one direction, and it links Malaga city center in the other direction. The new train station is situated underground and accessed via escalators. It is well signposted and can be reached via the square outside arrivals or outside departures. Before the station entry barriers you will see several self-service tickets machines on your right where you can buy your tickets. The first train to Torremolinos leaves the airport at 05:32, leaving every 20-30 minutes until the last train at 23.42. Line: C1. Estimated travel time: 10 minutes. The single fare for this journey is €1.80.

You can check the timetables on the website of the national rail company RENFE Renfe offers online booking in English here (please select "Search all stations" and then select Departure point "Aeropuerto" and destination "Torremolinos".

You will find the bus stop straight in front of you outside the arrivals area of Terminal T3 on the side of the road where there are a couple of shelters with seats. You will also see a ticket office in the left hand corner of the arrivals forecourt where you should purchase your tickets for the journey. Line: Torremolinos-Benalmadena-Airport. Estimated travel time: 30 minutes. The single fare for this journey is €3.80. You can check the timetables here.

Getting to Torremolinos from Malaga train station

There are two train stations in the centre of Malaga : Maria Zambrano and Centro Alameda. Maria Zam- brano station provides high-speed (AVE) and long-distance links to many Spanish cities like Barcelona, Cordoba, Madrid, Santiago de Compostela, Seville..., as well as local and regional routes. You can take Line C1 from any of the two stations to reach Torremolinos. Estimated travel time : 20 minutes. The single fare for this journey is €1.80. You can check the timetables on the website of the national rail company RENFE.

Getting to Torremolinos from Malaga bus station

Malaga bus station is located at the street "Paseo de los Tilos" very near Maria Zambrano train station. So it will be very easy to take a bus or a train from this station. You can take bus line Malaga-Torremolinos. Estimated travel time: 20 minutes. The single fare for this journey is €1.42. You can check the timetables here.

Torremolinos is not a big city. The best way to get around in the city is to walk, to take a taxi or the local buses. You can get information about the lines and timetables of the local buses here.

Proximity to other cities of interest:

The city of Malaga, with its rich history spanning more than two thousand years since its foundation by the Phoenicians, boasts an important cultural infrastructure and rich artistic heritage. The archaeological remains and monuments from the Phoenician, Roman, Arabic and Christian eras make the historic center of the city an "open museum". Malaga is now one of Spain's hottest cultural, gastronomic and leisure destinations.

In Malaga, nearly everything is within walking distance in or around the “Centro Antiguo”. Wherever you look, you are reminded of the city’s rich heritage. Malaga’s most famous inhabitant, Pablo Picasso, was born at Plaza de la Merced in 1881. Picasso’s life and work is still present in most places and the citizens of Malaga are proud of their son. The opening of the Museo Picasso in 2003 was a hit and has made the city flourish culturally. Next to the museum, the visitor can find both the Roman theatre, an Arab castle and, not far away, is the bull fighting ring.

This beautiful museum from the 16th-century Buenavista Palace is a must for all visitors to Malaga. Thanks to the grandmaster’s daughter-in-law, Christine, and grandchild Bernard, the museum boasts a collection of nearly 200 works of art. Just a stone’s throw away, at Plaza de la Merced, the house where Picasso was born, is also open to the public.

Alcazaba and Gibralfaro are military forts dating from the period of Arab rule. There is a palace inside the walls with a beautiful garden and spectacular views. The Roman theatre just beneath was built during the first century A.D. and has recently been restored and renovated after many years of neglect.